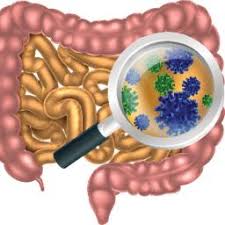 A new study has uncovered a link between being overweight or obese in adolescence and an increased risk of developing colon cancer in adulthood. Obesity was also associated with an elevated risk of developing rectal cancer. Published early online in CANCER, a peer-reviewed journal of the American Cancer Society, the findings come at a time of growing concern about the impact of adolescent overweight and obesity on chronic disease later in life.

Study results on a potential link between adolescent obesity and the risk of colorectal cancer are conflicting, and many of the studies’ designs have been limited. To provide more clarity, Zohar Levi, MD, of the Rabin Medical Center and the Tel Aviv University in Israel, and his colleagues analyzed information on 1,087,358 Jewish males and 707,212 Jewish females who underwent health examinations, including measures of body mass index (BMI), at age 16 to 19 years (predominantly aged 17 years) between 1967 and 2002. Individuals were followed to 2012.

Over a median follow-up of 23 years, 2967 new cases of colorectal cancer were identified, including 1977 among men (1403 colon, 574 rectum) and 990 among women (764 colon, 226 rectum). Overweight and obesity were associated with 53% and 54% higher risks of colon cancer for men and women, respectively. Obesity was associated with a 71% increased risk of rectal cancer in men and more than a twofold increased risk in women.

“This is a huge cohort with a minimum follow up of 10 years, and all individuals had measured BMI, not just reported or recalled,” said Prof. Levi. “This is the largest study ever, including both men and women, and it had the power to prove the importance of BMI at age 17 on events later in life.”

The main limitation of the study is that the cohort was still young, with the median age at colorectal cancer diagnosis of 49.4 years. The study also lacked data on diet, physical activity, and smoking, which might affect risk estimates. Family history of colorectal cancer was also unknown.