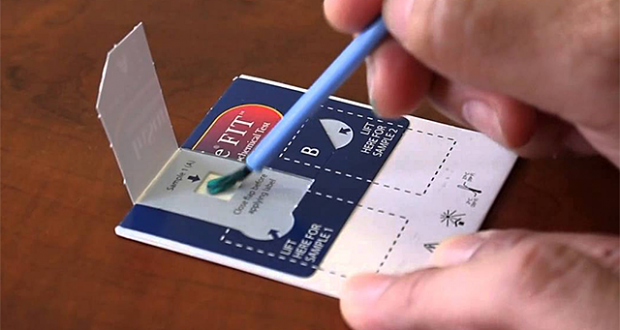 In its latest recommendations, the US Multi-Society Task Force (MSTF) on Colorectal Cancer (CRC) Screening confirms that people at average risk should be screened beginning at age 50, and recommends colonoscopy and fecal immunochemical testing (FIT) as the “first tier” screening tests for this group. Screening continues to be a first line of defense against CRC, as it can detect pre-cancerous growths as well as cancer, which is highly treatable if caught early.

Overall, the incidence of colorectal cancer (CRC) in people age 50 and older is declining. However, the task force noted a rising incidence of CRC in younger Americans, for reasons that are unclear. While the relative incidence in younger people remains low, the increasing trend of young onset CRC is nevertheless a “major public health concern.” In addition, the task force suggests beginning screening earlier in the African-American population, at age 45.

Recommendations for screening are re-evaluated periodically as new evidence emerges and as shifts occur in healthcare delivery and access. The task force, made up of representatives from the American Society for Gastrointestinal Endoscopy, American College of Gastroenterology and American Gastroenterological Association, evaluated seven different types of screening tests based on effectiveness at detecting cancer and pre-cancerous polyps.

Experts know that offering screening tests systematically to people without any symptoms is the best way to prevent colorectal cancer and to detect it at an earlier, more treatable stage. However, the large number of options available for screening, and the wide variation in effectiveness, acceptability to patients and cost, suggests that guidance is needed to facilitate discussions between physicians and patients and make the process of offering screening both feasible for physicians and easily understood and accepted by patients.

“We believe these recommendations make the presentation of screening options in the office easier for providers and patients, maximizing both effectiveness and adherence. The document also addresses important issues for organized screening programs that are sometimes used in large health plans,” said lead author Douglas K. Rex, MD, FASGE, AGAF, MACG. “These recommendations are informed both by available scientific evidence, as well as practical considerations and cost data.”

The task force ranked tests into three “tiers” according to the strength of the recommendation for average-risk people. The task force also incorporated practical considerations, such as test availability, cost effectiveness, current usage patterns, obstacles to implementation, and the likelihood that patients will repeat the test when they should.

For any test other than colonoscopy, patients need to understand that if they have a positive result, they will need to undergo a colonoscopy to follow up on those results.

Tier 1— the cornerstone tests — are colonoscopy every 10 years or annual FIT. Colonoscopy is highly sensitive for cancer and all classes of precancerous lesions, and it is the only test that allows a patient to be diagnosed and treated in a single session. FIT is less sensitive and must be repeated every year, but it is non-invasive, lower-cost, and performs very well in preventing cancer and cancer deaths when repeated annually. For these reasons, FIT is an attractive option in large health plans with organized screening programs, which also have systems in place to ensure annual testing.

Highlights of the screening test recommendations include:

Colonoscopy should be performed every 10 years or a FIT administered every year as first-tier options for screening average-risk persons for colorectal neoplasia.

Physicians performing FIT need to monitor quality. The recommended quality measurements for FIT programs are detailed in a prior publication.1

Patients who refuse colonoscopy or FIT should have CT colonography every 5 years, FIT–fecal DNA every three years, or flexible sigmoidoscopy every five to 10 years.

Septin9 is not recommended for CRC screening.

A family history of CRC in a first-degree relative (parent, sibling or child) increases a person’s risk of developing this type of cancer, regardless of the age when the relative is diagnosed.

Highlights of recommendations pertaining to family history include:

People with one first-degree relative diagnosed at age 60 or older are advised to begin screening at age 40.

The incidence of CRC is rising in people under age 50.  The reasons for this trend are not known at this time. Although the rate of CRC in this age group is still low, the increase is a “major public health concern,” according to the authors.

Aggressive evaluation of patients with symptoms is recommended as an important first step, particularly for symptoms involving bleeding, which may include blood in the stool, black or tarry stool with a negative upper endoscopy, or iron deficiency anemia. If a test other than colonoscopy is used to evaluate bleeding symptoms, a diagnosis should be made, and the patient should be treated and followed until resolution of the problem.

Patients who have only non-bleeding symptoms, such as abnormal bowel habits, change in bowel habits or appearance, or abdominal pain, but who have no evidence of bleeding, are no more likely to have cancer than asymptomatic persons of similar age.

In the African-American population, there is a lower screening rate for CRC, higher incidence rates of cancer, and worse survival statistics compared with other races.  The task force outlined a scientific rationale for starting screening earlier based on higher cancer incidence, as well as the younger mean age of colorectal cancer onset in this population even as they acknowledge that there are few data to show that screening before age 50 improves outcomes in this group.

For the first time, the new MSTF document suggests beginning screening at age 45 for African-American patients, though the task force noted the need for additional study of the yield of CRC screening in persons under age 50, and particularly in this population.

The task force added that recommendations to screen earlier in this group “have served an important role in stimulating discussion of and research on CRC in African Americans, increasing awareness in physicians of an important public health problem and racial disparity in health outcomes in the United States, and increasing awareness of CRC in African Americans.” The group added that “provider recommendation is key,” and that patient navigation services can improve compliance with colonoscopy screening.

In summary, the task force recommends beginning CRC screening at age 50 for average-risk patients, and considers colonoscopy and FIT to be the cornerstones of screening for these patients regardless of the healthcare setting. The authors stressed that optimal results in CRC screening depend on good technical performance and reporting of tests and ensuring that patients undergo appropriate follow-up after testing.

“Screening often originates in the doctor’s office, and in that setting, colonoscopy is particularly attractive, because it needs to be performed so infrequently. However, if patients decline colonoscopy, they should be offered FIT, and if they decline FIT, a second-tier test should be offered,” said Dr. Rex.

“In the doctor’s office, it’s also reasonable to present the pros and cons of both colonoscopy every 10 years and annual FIT to patients, so they can choose between the two tests. This approach provides a framework for screening that is simple and accommodates almost every healthcare setting,” Dr. Rex continued. “These recommendations constitute a practical approach toward the ultimate goal of maximizing screening rates, while using well accepted, effective and cost-effective tests.”