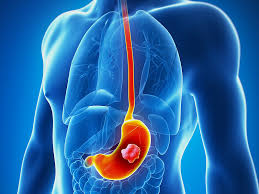 Ramucirumab (trade name: Cyramza) is a monoclonal antibody, which blocks a receptor, reducing the growth of blood vessels and so reducing blood supply to the tumours. This aims to slow the growth of the tumours. As a so-called orphan drug, i.e. a drug for the treatment of rare diseases, ramucirumab was initially exempt from proof of an added benefit. With several expansions of the therapeutic indication, it has lost this special status.

Having already conducted early benefit assessments for two other oncological indications recently, the German Institute for Quality and Efficiency in Health Care (IQWiG) was now commissioned to investigate, based on a third manufacturer dossier, whether ramucirumab offers an added benefit in comparison with the appropriate comparator therapy for adults with advanced adenocarcinoma of the stomach or of the gastro-oesophageal junction. Since the requirements specified by the Federal Joint Committee (G-BA) for the appropriate comparator therapy and for the target population were not met in the studies cited by the drug manufacturer, such an added benefit is not proven.

Approved as combination and monotherapy

After previous chemotherapy, ramucirumab can be used either in combination with paclitaxel or alone if paclitaxel is inadequate for the patients. The G-BA specified different appropriate comparator therapies for both situations: in the first case, individually optimized treatment specified by the physician under consideration of the respective approvals, and in the second case, best supportive care (BSC).

Combination therapy: control arm did not concur with the G-BA’s specifications

For the first research question, the manufacturer cited the study RAINBOW, in which ramucirumab plus paclitaxel was compared with placebo plus paclitaxel. This study was unsuitable for conclusions on an added benefit of the combination therapy in comparison with the appropriate comparator therapy for several reasons. First, determining paclitaxel deviated from the specification of “individually optimized treatment specified by the physician”. According to guidelines, paclitaxel is only one of several treatment options for the target population and not preferred over the other options.

Second, paclitaxel as monotherapy is not approved for people with advanced stomach cancer who have already received chemotherapy. The G-BA had explicitly pointed this out to the manufacturer before the dossier was compiled. The same applies to the other drugs recommended in the guidelines. Hence the patients in Germany are in a situation where the drugs recommended for their treatment are not approved, and the approved drugs, conversely, are not recommended in the guidelines.

Since the G-BA explicitly reminded the manufacturer to consider the approval status, this inevitably resulted in the conclusion that the study did not concur with the requirements; an added benefit of ramucirumab plus paclitaxel in comparison with the appropriate comparator therapy is therefore not proven.

For the second research question, the manufacturer cited the study REGARD, in which ramucirumab plus BSC was compared with placebo plus BSC. This study was also inadequate for the assessment of the added benefit because this would require analysing data of patients for whom a combination therapy with ramucirumab and paclitaxel was not an option. The proportion of patients who were included in the study although they could have been treated with the combination was probably at least one third of the total study, however. The manufacturer did not address this problem in its dossier.

Hence it was concluded for the second research question that an added benefit of ramucirumab in comparison with the appropriate comparator therapy is not proven.

G-BA decides on the extent of added benefit

The dossier assessment is part of the early benefit assessment according to the Act on the Reform of the Market for Medicinal Products (AMNOG) supervised by the G-BA. After publication of the dossier assessment, the G-BA conducts a commenting procedure and makes a final decision on the extent of the added benefit.

An overview of the results of IQWiG’s benefit assessment is given by a German-language executive summary. In addition, the Website gesundheitsinformation.de, published by IQWiG, provides easily understandable German-language information.

More English-language information will be available soon (Sections 2.1 to 2.5 of the dossier assessment as well as subsequently published health information on informedhealth.org). If you would like to be informed when these documents are available, please send an e-mail to » info@iqwig.de.