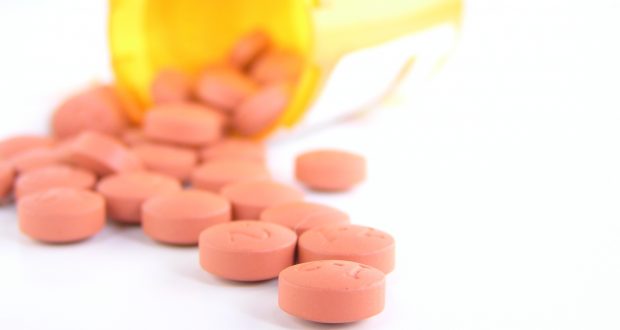 No progress seen in reducing antibiotics among outpatients

Despite public health campaigns aimed at reducing unnecessary prescriptions for antibiotics, the drugs continue to be prescribed at startlingly high rates in outpatient settings such as clinics and physician offices, according to a new study at Washington University School of Medicine in St. Louis.

“This study suggests that current guidelines on prescribing antibiotics are not being followed,” said the study’s first author, Michael Durkin, MD, an assistant professor of medicine. “If they were, then we would have seen an overall decrease in antibiotic prescribing rates over time. This is concerning because the overuse of antibiotics is costly and contributes to the rise of drug-resistant superbugs.”

The study is published March 8 in the journal Infection Control & Hospital Epidemiology.

The data tracked monthly prescription rates for all antibiotics, including the five prescribed most often in outpatient settings: azithromycin, amoxicillin, amoxicillin/clavulanate, ciprofloxacin, and cephalexin.

The average number of antibiotic prescriptions per 1,000 beneficiaries was 826 per year. The researchers noted a slight decrease in such rates in 2014, followed by a slight increase in 2015. Overall, the fluctuations were not statistically significant.

The CDC estimates that up to 30 percent of antibiotic prescriptions in outpatient settings may be unnecessary, such as those written for sore throats and sinus infections, which most often are caused by viruses.

“The study’s results are disappointing,” added Durkin, co-director of the Antimicrobial Stewardship Program at Barnes-Jewish Hospital. “Most efforts to improve antibiotic prescribing historically have been built on issuing guidelines to health-care providers through journal articles or websites. However, simply publishing recommendations may not be sufficient to change practice. We have to do more to educate physicians.”

Another problem resulting from antibiotic overuse is excess health-care costs. In the current study, for instance, the researchers calculated the average cost for antibiotics per beneficiary at $23 per year. That amount may seem modest, but it amounts to nearly $1 billion annually.

“In terms of drug costs alone, the U.S. spends about $9 billion on antibiotics annually,” Durkin said. “If 30 percent of prescriptions are unnecessary, this means we’re spending about $3 billion on unneeded antibiotics. The medical consequences of antibiotic overuse, including hospitalizations, add to excess health-care costs.”

Durkin noted several study limitations, such as data that did not include uninsured patients and patients who paid for prescriptions out of pocket. Additionally, the data did not include specific clinical information to determine if antibiotics were warranted.

“Our research group plans to conduct further studies to identify and understand the gap between current antibiotic prescribing practices in the community and clinical practice guidelines,” Durkin said.

The study is “novel and important,” said the study’s senior author, Victoria J. Fraser, MD, the Adolphus Busch Professor of Medicine and head of the Department of Medicine at Washington University, and physician-in-chief at Barnes-Jewish Hospital. “This study provides essential data that can be used to improve antibiotic prescribing practices. Interventions to improve the use of antibiotics is critical to control the epidemic of antibiotic resistance, which is directly related to antibiotic exposure.”