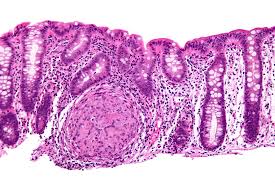 The two most common types of inflammatory bowel diseases are ulcerous colitis and Crohn’s disease. These are diagnosed by camera inside the gut, and by investigating small samples of the gut (biopsies). The diagnosis is often difficult, and if the wrong diagnosis is made, there may be severe consequences for the patients, because the treatments and medications are different between the two diseases.

The development of new and improved diagnostic methods is therefore important. The Sandelin group at Department of Biology/BRIC, University of Copenhagen has, in collaboration with clinicians from Herlev and Hvidovre hospitals and scientists from Roskilde University and the Technical University of Denmark, made new discoveries may contribute to improved methods for diagnosis.

“We do not know the molecular cause of these diseases. Much of what we know comes from genetic studies, where several key genes have been identified. However, 70 percent of genetic mutations that are linked to the diseases are located outside of genes that code for proteins. We believe that many of these mutations have an effect of the regulation of the genes, and thereby the disease, says Prof Sandelin who led the study,” said Albin Sandelin, professor at Department of Biology, University of Copenhagen.

The scientists used a state-of-the-art method to map regulatory regions and their activity in patients with ulcerous colitis or Crohn’s disease and compared these with control subjects. They found that mutations associated to the disease were often located within regulatory regions active in the disease. This information is important for understanding the effect of such mutations.

By combining these data with computer-based models and nano-fluidics technology, they could identify 35 regulatory regions whose activity could distinguish ulcerous colitis, Crohn’s disease and control subjects with high accuracy. These findings may open new avenues for new and improved diagnosis methods for inflammatory disease.