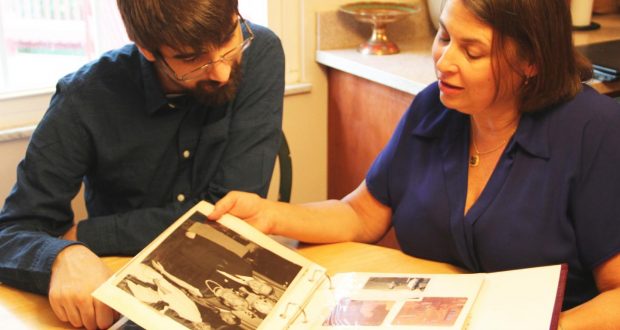 COLUMBUS, Ohio — One in every six colorectal cancer patients (16 percent) diagnosed under age 50 has at least one inherited genetic mutation that increases his or her cancer risk and many of these mutations could go undetected with the current screening approach, according to initial data from a statewide colorectal cancer screening study conducted at The Ohio State University Comprehensive Cancer Center – Arthur G. James Cancer Hospital and Richard J. Solove Research Institute (OSUCCC – James).

In this new analysis, the OSUCCC – James team offers the first detailed report of the prevalence and spectrum of specific mutations in 25 genes associated with inherited (passed down through families) cancer syndromes in an unselected series of colorectal cancer patients. The study includes data from 450 patients with early-onset colorectal cancer recruited from a network of hospitals throughout the state of Ohio.

“The prevalence of hereditary cancer syndromes among early-onset colorectal cancer patients – including Lynch syndrome – was quite high, which presents a tremendous opportunity for us to save lives through early detection based on genomic risk factors,” says Heather Hampel, MS, CGC, principal investigator of the statewide study and senior author of the paper. “It is critical that people find out at a young age if they are genetically predisposed to cancer so they can take steps to prevent cancer from occurring at all.”

Multi-gene testing uses next-generation sequencing to screen multiple cancer genes simultaneously with one blood sample. Previous studies have shown that multi-gene panel testing for hereditary colorectal cancer is feasible, timely and more cost-effective than single gene testing, but the utility of such testing in this patient population was previously unknown.

Based on this new data, the OSUCCC – James research team recommends genetic counseling and a broad, multi-gene panel test of cancer susceptibility genes for all early-onset colorectal cancer patients, regardless of family history or the results of tumor screening for Lynch syndrome. This differs from current professional guidelines, which recommend all colorectal cancer patients be screened for Lynch syndrome, with referral for genetic counseling and Lynch syndrome-specific genetic testing if the tumor-screening test is abnormal.

The team’s findings, however, showed that 33 percent of patients found to have an inherited cancer syndrome did not meet established testing criteria for the gene in which they were found to have a mutation.

“We expected to find a high rate of Lynch syndrome among these early-onset colon cancer patients. What was surprising were some of the other gene mutations found in the young colorectal cancer patients, including mutations in genes traditionally linked to breast cancer risk, even in patients whose family history was not suggestive of those mutations,” said Rachel Pearlman, MS, CGC, first author of the paper and statewide study coordinator. “Until multi-gene panel testing, we typically would not have tested a patient with colorectal cancer for mutations in those genes unless they met criteria based on their family history. There is still a lot to learn from these findings.”

They report their findings in the Dec. 15, 2016, issue of the medical journal JAMA Oncology.

For this study, researchers recruited 450 patients who had undergone surgery for newly diagnosed, invasive colorectal cancer on or after Jan. 1, 2013. All were between the ages of 17 and 49 and enrolled in the Ohio Colorectal Cancer Prevention Initiative (OCCPI), a statewide colon cancer screening and prevention study aimed at screening all newly diagnosed colorectal cancer patients in Ohio for Lynch syndrome and other hereditary cancer syndromes. Led by Hampel, the OCCPI includes 51 hospital partners across the state of Ohio.

Blood and tumor samples were collected from each patient and tumor pathology characteristics were verified prior to testing. All tumors were screened for microsatellite instability and/or abnormal immunohistochemistry, characteristics that are found in cancers from individuals with Lynch syndrome. All colorectal cancer patients diagnosed under age 50 underwent genetic testing for 25 cancer susceptibility genes [including the genes that cause Lynch syndrome (MLH1, MSH2, EPCAM, PMS2 and MSH6)] using a multi-gene panel.

“Our study shows that the spectrum of mutations in early-onset colorectal cancer is much broader than we originally thought — both in the number of different gene mutations causing this disease and rates at which they occur,” adds Hampel. “We believe this data offers additional support for complete genetic testing for all early-onset colorectal patients. This could save lives by identifying at-risk families so that they can benefit from intensive cancer surveillance and prevention options.”

To learn more about the statewide colorectal cancer screening initiative at the OSUCCC-James, visit cancer.osu.edu/OCCPI or call 1-888-329-1654. Patients diagnosed in the state of Ohio from January 2013 to present may qualify to participate. Enrollment to the OCCPI study ends Dec. 31, 2016.

About The OSUCCC – James

The Ohio State University Comprehensive Cancer Center – Arthur G. James Cancer Hospital and Richard J. Solove Research Institute strives to create a cancer-free world by integrating scientific research with excellence in education and patient-centered care, a strategy that leads to better methods of prevention, detection and treatment. Ohio State is one of only 45 National Cancer Institute-designated Comprehensive Cancer Centers and one of only four centers funded by the NCI to conduct both phase I and phase II clinical trials on novel anticancer drugs. As the cancer program’s 306-bed adult patient-care component, The James is one of the top cancer hospitals in the nation as ranked by U.S. News & World Report and has achieved Magnet designation, the highest honor an organization can receive for quality patient care and professional nursing practice. At 21 floors with more than 1.1 million square feet, The James is a transformational facility that fosters collaboration and integration of cancer research and clinical cancer care. For more information, please visit cancer.osu.edu.