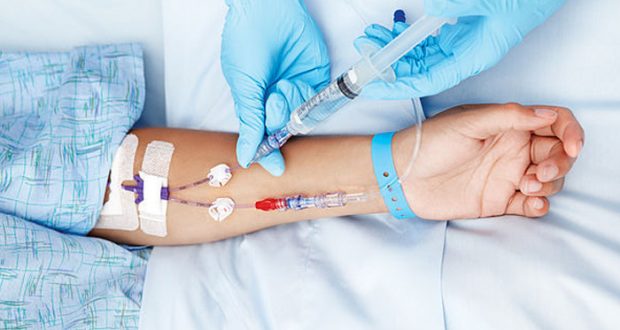 Is an anesthesiologist needed for routine colonoscopies? Maybe not.

For many Americans, the prospect of a colonoscopy is unnerving and patients often find comfort knowing sedation will make the procedure as simple as a brief nap.

Around the world, however, up to 80 percent of routine colonoscopies are done without any sedation at all. So, is an anesthesiologist really necessary in the U.S. for healthy people?

One may be forgiven for assuming two University of Florida Health anesthesiologists would answer in the affirmative when they were asked by the journal Current Opinion in Anesthesiology to review the scientific literature and tackle this question.

But their short answer: No, an anesthesiologist is not always necessary for a routine colonoscopy in healthy patients, either because sedation might not be needed at all or because a non-anesthesiologist can safely administer light sedation.

To be sure, Joshua W. Sappenfield, MD, and Jeffrey D. White, MD. said they are not endorsing an immediate change in current practice or suggesting this should become the standard of care.

“We’re just trying to present facts and start a conversation,” said White, an associate professor in the UF College of Medicine’s department of anesthesiology. Sappenfield, the study’s lead author, is an assistant professor in the department.

“We don’t want our paper to be used as fodder to say, ‘All right, anesthesiologists are superfluous,’” White said. “They definitely have a place in the endoscopy suite. But our function as academicians is to inform our fellow anesthesiologists about what is happening out there in the world so they can know what may or may not be coming. We’re supposed to be advancing science and not be afraid of facts. And the facts are that you can actually have a colonoscopy unsedated.”

The question of sedation is a critical one in the United States, where the number of colonoscopies with anesthesiologist-administered sedation has risen in the last decade even as the federal government and private insurers seek to control costs.

With the American Cancer Society now recommending that colorectal cancer screening begin at age 45 because of a rise in such cancers in younger individuals, more Americans than ever are looking at the prospect of a colonoscopy.

Roughly half of all gastrointestinal, or GI, procedures in the U.S., including colonoscopies, involve anesthesia services, up 14 percent since 2010, the study noted. Among those patients receiving anesthesia, 58 percent covered by Medicare and 81 percent by private insurers were considered healthy, low-risk patients.

Propofol, however, is almost exclusively the domain of licensed anesthesia providers because it can depress breathing and blood pressure as the patient enters deeper levels of sedation.

But given the drug’s side effects, including risk of heart attacks and brain damage, an anesthesiologist is a critical safeguard, especially since the gastroenterologist is focused on the colonoscopy, the doctors said.

“In a production-heavy environment where people are trying to get rapid turnovers, they may be inappropriately going past what is safe for the patient in an area where you may need someone with the appropriate knowledge and training to rescue you,” Sappenfield said.

The benefits of going without sedation, Sappenfield and White noted, include decreased time in the hospital or clinic, a quicker return to daily activities, and lower cost and increased convenience.

But as their study noted with a touch of understatement, “Patients … are not happy to have colonoscopies without sedation.” Patients may feel some pain and discomfort.

“Sometimes sedation is in the name of patient comfort,” Sappenfield said. “If a patient really looks uncomfortable, it’s hard to watch them struggle through it.”

Some studies show the benefits of sedation use, including an increased rate of polyp detection and exam completion. And some riskier patients are not good candidates to go without sedation, including those with a severe disease or condition, such as uncontrolled diabetes or morbid obesity, among others.

And what about the personal preference of Sappenfield and White?

“We both would certainly want an anesthesiologist present,” said White. “We would definitely want propofol because we believe in it and our anesthesiologist colleagues are expert in giving it.”