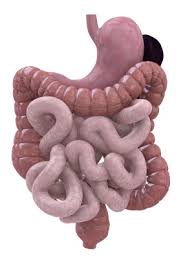 With no laboratory test available to diagnose functional gastrointestinal disorders, proper diagnostic criteria are critical for clinicians to make an accurate determination of what ails their patients.

Several University of North Carolina School of Medicine researchers played a key role in crafting diagnostic criteria and patient questionnaires for the Rome Foundation, an international nonprofit aimed at improving the lives of the millions of people suffering from functional GI disorders (FGIDs), while developing and legitimizing the field of FGIDs through science and research.

William E. Whitehead, PhD, professor of medicine in the division of gastroenterology and hepatology and director of the UNC Center for Functional GI and Motility Disorders has served on the Rome Foundation Board since its inception.

Functional GI disorders don’t have a clear, organic cause, and cannot be caught on any lab test, Whitehead said.

If a person has a functional GI disorder, “the gut is healthy, but it functions differently,” said Miranda van Tilburg, PhD, an associate professor of medicine in the division of gastroenterology and hepatology, who contributed to the new diagnostic criteria. “We have to [diagnosis] based on symptoms…You could compare it to a [mental health diagnosis] in a way. For example, you cannot do a blood test for depression. You have to ask people questions and so we have to do the same thing for these disorders.”

As researchers have learned more about these disorders, it has been necessary to update the diagnostic tools available to clinicians.

“The diagnostic criteria for functional GI and some motility disorders have gone through four editions, so the one that’s just been released — Rome IV — is being published about 10 years after Rome III. It tries to incorporate the research that’s been done since that time,” Whitehead said.

“Our job was, in part, to develop a diagnostic questionnaire based on criteria that committees of experts developed for making these diagnoses,” Whitehead said. “Developing these materials was a multi-year process to be sure it was understandable and translatable to other languages and that it was valid in the sense that it agrees with the diagnoses of expert clinicians.”

“This year, there was a lot of time spent on the adult questionnaire,” van Tilburg said -“revamping the answer categories so that they were more sensitive and better able to catch the symptoms we needed to catch.”

A commonly diagnosed disorder that underwent diagnostic changes is Irritable Bowel Syndrome (IBS), which affects an estimated six percent of the population — or about 19 million people in the United States. Before the new diagnostic criteria, an estimated 11 percent of the population was thought to have IBS or at least presented symptoms that mirrored IBS, Whitehead said.

“In the adult criteria, [IBS] used to be diagnosed based on the presence of abdominal pain or discomfort at least three times a month,” Whitehead said. “The new criteria require that there be pain — so discomfort doesn’t qualify — and it requires that it occur at least once a week on average. There are also some changes in the way that sub-types of IBS are diagnosed, which often dictate what treatment is appropriate — what drugs, especially.”

On the pediatric front, there are new categories of disorders that weren’t previously included at all that are now recognized, such as functional nausea and functional vomiting, van Tilburg said. New adult diagnoses included cannabinoid-induced nausea and opiate-induced constipation.

Van Tilburg also played an important role in revising the child/adolescent diagnostic criteria. She was on a committee of six worldwide experts tasked to revise these criteria. Because of the new criteria, between Rome III and Rome IV, the prevalence of IBS in children/adolescents has increased from 2.8 percent to 5 percent. Prevalence of any functional GI disorder increased only slightly; these disorders affect nearly one in four children.

The above post is reprinted from materials provided by University of North Carolina Health Care. Note: Materials may be edited for content and length.