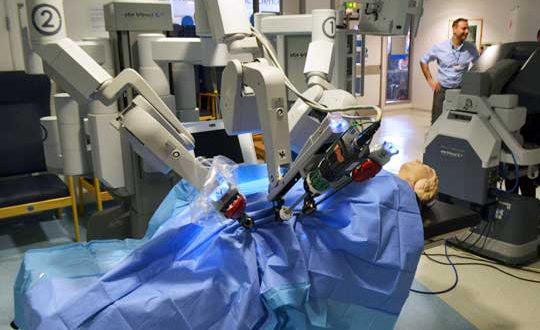 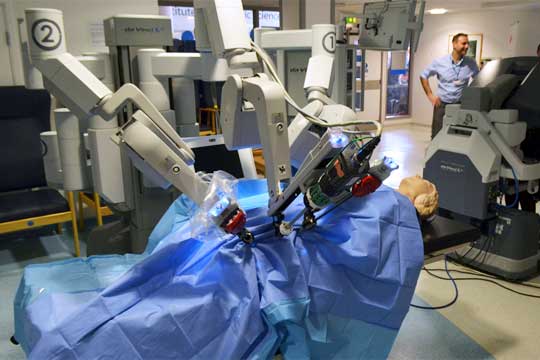 Auris Surgical Robotics has been flying under the radar, billing itself only as a “company based in Silicon Valley.” Founded by robotic surgery vet Dr. Frederic Moll, the company has won an FDA clearance for a robotic endoscopy system, which can potentially be used as a diagnostic or surgical tool.

The FDA cleared the device, dubbed ARES, or Auris Robotic Endoscopy System, as a bronchoscope to visualize and treat lung conditions. Auris has not publicly unveiled the system, but has filed several patent applications for a device to perform endoluminal surgery, IEEE Spectrum reported. This type of surgery involves inserting flexible tubes through the body’s natural openings to treat ailments of the lungs and gastrointestinal tract, thereby eliminating the need to create incisions. Auris did not confirm whether ARES is the device referred to in the patent applications, IEEE Spectrum said.

In addition to tapping the population of patients too frail to tolerate the large incisions in regular surgery, ARES could also make endoscopic surgery easier on the surgeon side. A surgeon would control the device remotely and would benefit from images taken by tiny cameras mounted on the endoscope. This would eliminate the need for external imaging, such as CT scans or X-ray fluoroscopy, to guide the endoscope, IEEE Spectrum said.

Auris is the fourth robotic surgery company founded by Moll, who co-founded Intuitive Surgical ($ISRG), which currently dominates the robotics space. In April, it announced it would acquire Hansen Medical, also founded by Moll, in a deal valued at $80 million. The buy will put Auris on the crossroads of two hot industry segments: robotics and transcatheter, minimally invasive surgery.

A number of other players are trying to penetrate Intuitive’s grip on robotic surgery. Medtronic ($MDT) recently revealed that it’s working on its tenth prototype of a surgical robot, which could be launched as early as 2018 and generate “material revenues” by 2019. And Johnson & Johnson ($JNJ) teamed up with Verily last year on a robotics joint venture, Verb Surgical. While Verb has kept quiet on its activities, J&J EVP and Worldwide Chairman of Medical Devices Gary Pruden expects an “important milestone at the end of the year when we transition from concept development to full product development.”