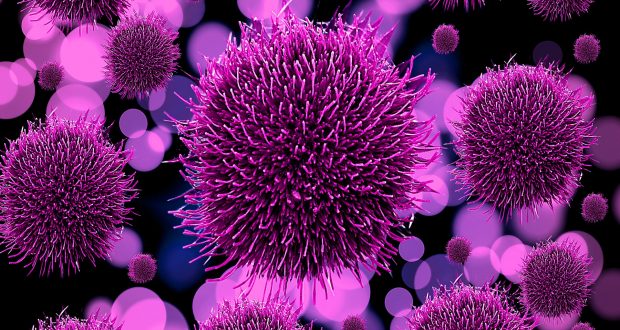 Could we work together with our bacteria to stop infection?

The benefits of antibiotics to both human and animal health are undisputed. However, as microbes have become increasingly resistant to antimicrobials and other drugs, scientists have become interested in new solutions to the growing superbug crisis, including the use of defensive microbes and fecal transplants.

In a study published in Evolution Letters, scientists from Oxford’s Department of Zoology worked with the University of Bath to test whether these defensive host-microbe “mutualisms” could evolve from scratch to protect against attack from harmful and infectious parasites.

The team tracked the evolution of a nematode worm host and a gut bacterium (Enterococcus faecalis) with the potential to protect against more pathogenic bacterial infection. After just a few short weeks of evolution, changes in both the worm and gut bacteria resulted in the species working together and ultimately forging a mutually beneficial alliance, protecting them both from attacks from parasites. The effect was only seen when host and gut bacterium coevolved in the presence of the parasite.

Charlotte Rafaluk-Mohr, MD, lead author on the paper and a post-doctoral researcher in the department of zoology, explains: “Our study shows that protection by gut microbes is a benefit that is strengthened and reciprocated when both microbe and host evolve together. The bacteria evolved to become more protective, and in turn, hosts evolved to allow more E. faecalis colonization. Evolving to allow protective bacteria to colonize and help could be a common means of defense against infectious diseases.”

Of the difference between this research and other bacterial symbiosis studies, Dr Rafaluk-Mohr, “In itself, hosts and bacteria forming co-dependent relationships is not a new concept. However, our study is the first to develop this relationship from scratch. Some “mutualisms” take years of evolutionary history before they reap any defensive benefit, but in our case, the relationship was developed and formed in a matter of weeks in a laboratory; before that the host worm and bacteria were completely foreign entities.

To understand when defensive mutualisms are most likely to evolve in nature, the team worked with Ben Ashby, MD, from the University of Bath to study mathematical models of coevolving hosts and bacteria. The models predict that if protection is too low, then there is little benefit to the host of harboring the bacteria, but if protection is too high then other microbes may be wiped out, removing the need for protection. It is therefore when microbes provide a moderate level of protection that “mutualisms” are most likely to evolve.

Understanding the origin and maintenance of defensive relationships between hosts and their “good bacteria” are pressing questions for evolutionary biologists. The team found that the speed of the relationship’s evolution could have a significant role to play in its overall success, and also in its potential use as treatment for human health.

“We have an increasing problem with antibiotics not being able to treat disease, and our research shows that both using and engineering ‘mutualisms’ has the potential to benefit people by preventing infection by disease causing parasites,” explained Rafaluk-Mohr.

The study also indicates that the interaction of host and microbe genetic background may play a role in the establishment of these host-bacteria defensive relationships, and thus the potential success of bacteriotherapy and fecal transplants, for example.

“Entire human and animal bodies are covered in microbes inside and out. Many of these bacteria can help by defending us (their hosts) against attack from harmful parasites. Essentially, a slightly parasitic relationship develops to become mutually beneficial,” added Kayla King, MD, senior author and associate professor in parasite biology at Oxford.

‘With funding for further research we intend to investigate how hosts allow these protective bacteria to colonize inside them, and what they do to support this interaction. Is the host’s immune system not targeting the good bacteria or are hosts actively selecting good bacteria amongs others in the microbiota?’