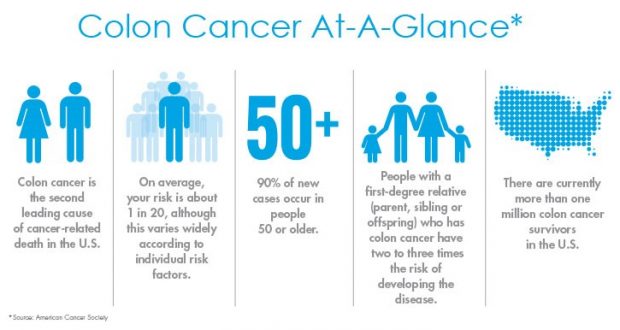 Despite dramatic reductions in overall colorectal cancer incidence and mortality, striking disparities by age, race, and tumor subsite remain. That’s according to the latest edition of Colorectal Cancer Statistics and its companion publication, Colorectal Cancer Facts & Figures, published every three years by the American Cancer Society.

An estimated 27,150 men and 23,110 women will die from CRC in 2017. Unfortunately, reliable statistics on deaths from colon and rectal cancers separately are not available because almost 40% of deaths from rectal cancer are misclassified as colon cancer on death certificates.

CRC incidence rates continue to decline in people 50 and older, dropping by 32% just since 2000. This trend is thought to be largely a result of screening, which can prevent CRC by detecting and removing precancerous polyps. Incidence rates are dropping fastest in people ages 65 and older and for tumors located in the distal colon, while the drop is slowest for people ages 50 to 64 and for rectal tumors. For example, there was only a 9% decline in the incidence of rectal tumors in men ages 50 to 64 and no decline in women that age compared to 38% and 41% declines in men and women, respectively, ages 65 and older.

Incidence rates in people 50 and older are dropping in every state, with the decline exceeding 5% annually from 2009 to 2013 in seven states (Nebraska, Maine, Rhode Island, Delaware, Massachusetts, South Dakota, and California). Notably, declines are slowest in states with the highest incidence (e.g., Kentucky, Mississippi, and Louisiana).

In a stark contrast to the CRC incidence trends in those 50 and older, incidence rates among people younger than 50 continue to rise, increasing by 22% from 2000 to 2013. While the reasons for the increase have yet to be confirmed, factors thought to play a role include increasing rates of excess body weight, as well as changes in lifestyle patterns that precipitated the obesity epidemic, like unhealthy dietary patterns and a sedentary lifestyle.

The authors of the report conclude that reducing inequalities in colorectal cancer and accelerating progress can be achieved by ensuring equitable, high-quality treatment for all patients, effecting pervasive lifestyle modifications, and increasing initiation of screening at age 50 for people at average risk and earlier for those with a family history of CRC or advanced adenomas.