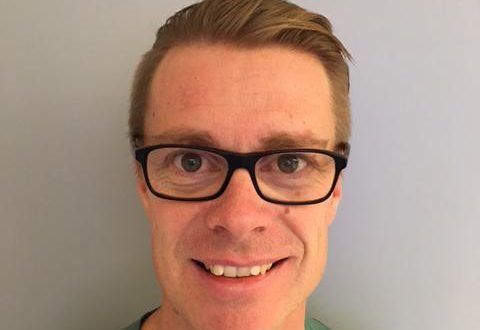 New ways of using mechanisms behind certain blood pressure medications may in the future spare some patient groups both discomfort and lifelong concern over cancer of the esophagus. This, in any case, is the goal of several studies of patients with Barrett’s syndrome at Sahlgrenska Academy.

“If we could filter out those who are not at greater risk, it would represent huge gains for both patients and health care providers,” says Svein Olav Bratlie, a researcher in gastro surgery and clinician at Sahlgrenska University Hospital.

It is estimated that between one and two percent of the Swedish population has Barrett’s syndrome, a condition in which the membrane in the lower part of the esophagus becomes more like that of the intestine and more acid-resistant. Barrett’s syndrome is preceded by the common reflux affliction that involves long-term leakage of stomach acid up into the esophagus.

Blood pressure medication has an effect

“The reflux illness leads to inflammation of the esophagus, and in many people the esophagus heals and becomes normal again,” Bratlie says. “But among a certain percentage, the tissue becomes more like the intestine, and that is what Barrett’s syndrome is. We have observed that these patients run a greater risk of developing cancer of the esophagus.”

Bratlie’s dissertation is partly about the validation of new endoscopic methods, but it also deals with experiments with medications that lower blood pressure. Of 30 patients with Barrett syndrome, 20 were chosen by lot to be treated for three weeks with very low doses of established antihypertensive drugs.

The result was a slightly lowered level of cancer-related proteins, which are a precursor for the growth of cancer cells.

“This does not prove that it would be an effective treatment, but it generates a hypothesis that in the future we might be able to slow down the development of cancer or inflammation by using these medicines in combination with other treatments,” says Bratlie.

He also hopes that the change in levels of the cancer-related proteins can be used as a marker for which patients are likely to develop cancer in the wake of Barrett’s syndrome and which are not in the danger zone.

“Tissue samples from the mucous membrane are the only established risk marker today, and taking them during endoscopic investigation is costly, and unpleasant for patients. Now several potential risk markers are being studied, and some of the cancer-related proteins discovered in my thesis project could be one of them,” Bratlie says.

“In the future, we envision being able to tell a patient that he or she does not have a risk profile so that we can stop doing gastroscopy, which many find unpleasant.”