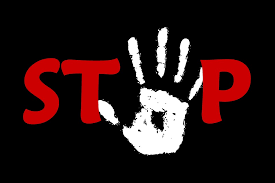 The American Nurses Association (ANA) has said that its #EndNurseAbuse initiative, which launched in 2017 to address workplace abuse against nurses, includes eliminating sexual harassment. Furthermore, as part of the initiative, ANA underscored its strong support for the #TimesUpNow movement that promotes accountability and consequences for abuse, harassment, sexual assault, and inequality in the workplace.

“Nurse safety is a critical component to ensure quality and safe care. ‘Time’s up’ for employers who don’t take swift and meaningful action to make the workplace safe for nurses,” said ANA President Pamela F. Cipriano, PhD, RN, NEA-BC, FAAN. Together, nurses, employers and the public must take steps to change our culture. Abuse is not part of anyone’s job and has no place in healthcare settings.”

Abuse against nurses is a serious problem in hospitals, clinics, and other healthcare settings across the country. According to anecdotal reports from nurses, both female and male, sexual harassment is a major challenge as well.

#EndNurseAbuse puts the spotlight on these alarming and frequent incidents: In the past several months, a nurse in Massachusetts was stabbed by a patient. Two nurses in Illinois were taken hostage, and one was beaten and raped. A nurse in Utah was shoved and wrongly arrested by a police officer and a nurse in Arkansas was pushed down a flight of stairs. Just last week, cases of abuse were reported in New York, Pennsylvania and North Dakota, yet many more go unreported by the media.

In 2015, ANA adopted a policy of “zero tolerance” for workplace violence and called on nurses and their employers to work together to prevent and reduce violent and abusive incidents. According to ANA’s Health Risk Appraisal, 1 in four nurses have been assaulted at work by a patient or patient’s family member.

ANA has developed a pledge for nurses, other health care professionals and the public to stand with nurses and is asking nurses to share their stories on workplace abuse. To date, almost 10,000 individuals have pledged to:

Additionally, ANA will convene a panel of experts to address barriers to reporting abuse against nurses. With more than 3.6 million registered nurses, #EndNurseAbuse strives to foster safe work environments for the largest group of all health care professionals.