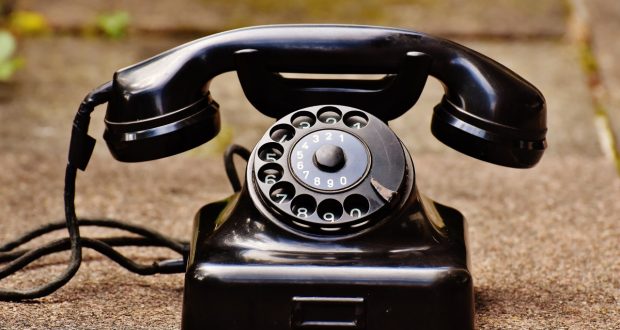 A telephone for your microbiome

Now, researchers from the Wyss Institute at Harvard University, Harvard Medical School (HMS), and Brigham and Women’s Hospital have successfully engineered a genetic signal-transmission system in which a molecular signal sent by Salmonella Typhimurium bacteria in response to an environmental cue can be received and recorded by E. coli in the gut of a mouse, bringing scientists a step closer to developing a “synthetic microbiome” composed of bacteria that are programmed to perform specific functions. The study is reported in ACS Synthetic Biology.

“In order to improve human health through engineered gut bacteria, we need to start figuring out how to make the bacteria communicate,” said Suhyun Kim, a graduate student in the lab of Pamela Silver at the Wyss Institute and HMS, who is the first author of the paper. “We want to make sure that, as engineered probiotics develop, we have a means to coordinate and control them in harmony.”

The team harnessed an ability that naturally occurs in some strains of bacteria called “quorum sensing,” in which the bacteria send and receive signal molecules that indicate the overall density of the bacterial colony and regulate the expression of many genes involved in group activities. A particular type of quorum sensing known as acyl-homoserine lactone (acyl-HSL) sensing has not yet been observed in the mammalian gut, so the team decided to see if they could repurpose its signaling system to create a bacterial information transfer system using genetic engineering.

The researchers introduced two new genetic circuits into different colonies of a strain of E. coli bacteria: a “signaler” circuit, and a “responder” circuit. The signaler circuit contains a single copy of a gene called luxI that is turned on by the molecule anhydrotetracycline (ATC) and produces a quorum-sensing signaling molecule. The responder circuit is structured such that when the signaling molecule binds to it, a gene called cro is activated to produce the protein Cro, which then turns on a “memory element” within the responder circuit. The memory element expresses two additional genes: LacZ and another copy of cro. The expression of LacZ causes the bacterium to turn blue if plated on a special agar, thus producing visual confirmation that the signal molecule has been received. The extra copy of cro forms a positive feedback loop that keeps the memory element on, ensuring that the bacterium continues to express LacZ over an extended period of time.

The researchers confirmed that this system works in vitro in both E. coli and S. Typhimurium bacteria, observing that the responder bacteria turned blue when ATC was added to the signaler bacteria. To see if it would work in vivo, they administered both signaler and responder E. coli bacteria to mice, and then gave the mice ATC in their drinking water for two days. When fecal samples from the mice were analyzed, over half of the mice displayed clear signs of 3OC6HSL signal transmission that persisted after two days on ATC.

“It was exciting and promising that our system, with single copy-based circuits, can create functional communication in the mouse gut,” explained Kim. “Traditional genetic engineering introduces multiple copies of a gene of interest into the bacterial genome via plasmids, which places a high metabolic burden on the engineered bacteria and causes them to be easily outcompeted by other bacteria in the host.”

Finally, the team repeated the in vivo experiment, but gave the mice signaler S. Typhimurium bacteria and E. coli responder bacteria, to see if the signal could be transmitted across different species of bacteria within the mouse’s gut. All mice displayed signs of signal transmission, confirming that the engineered circuits allowed communication between different species of bacteria in the complex environment of the mammalian gut.

The researchers hope to continue this line of inquiry by engineering more species of bacteria so that they can communicate, and by searching for and developing other signaling molecules that can be used to transmit information between them.

“Ultimately, we aim to create a synthetic microbiome with completely or mostly engineered bacteria species in our gut, each of which has a specialized function (e.g., detecting and curing disease, creating beneficial molecules, improving digestion, etc.) but also communicates with the others to ensure that they are all balanced for optimal human health,” said corresponding author Silver, PhD, a Founding Core Faculty member of the Wyss Institute who is also the Elliot T. and Onie H. Adams Professor of Biochemistry and Systems Biology at HMS.

“The microbiome is the next frontier in medicine as well as wellness. Devising new technologies to engineer intestinal microbes for the better while appreciating that they function as part of a complex community, as was done here, represents a major step forward in this direction,” said Wyss Founding Director Donald Ingber, MD, PhD, who is also the Judah Folkman Professor of Vascular Biology at HMS and the Vascular Biology Program at Boston Children’s Hospital, as well as Professor of Bioengineering at SEAS.