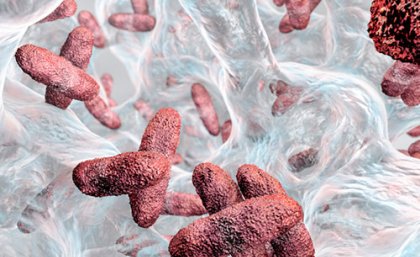 Researchers involved in an international trial tweaking the use of existing antibiotics believe their work could eventually save 30,000 lives annually.

By adjusting the antibiotic used to treat antibiotic-resistant strains of the superbugs Klebsiella and E. coli, a team including University of Queensland researchers was able to reduce patient fatality rates from 12.3 percent to 3.7 percent

“There is an urgent need to consider appropriate antibiotic use in the face of rising antibiotic resistance,” Paterson said.

“Superbugs, Klebsiella and E. coli, are regarded as a critical threat by the United States Centres for Disease Control and Prevention as they become increasingly resistant to most commonly used antibiotics.

“Our trial re-examined antibiotics already in use so that treatment practices could be updated immediately without having to wait for new drugs to be approved – a process that takes years.

“The trial treated almost 400 patients with life-threatening superbugs at the Royal Brisbane and Women’s Hospital and 25 other hospitals worldwide.

“We found that prescribing the common antibiotic meropenem was more effective against the superbug than other antibiotic treatments, and drastically increased the rate of survival.”

Meropenem is inexpensive and is available in all Australian hospitals.

Findings are published in the Journal of the American Medical Association.