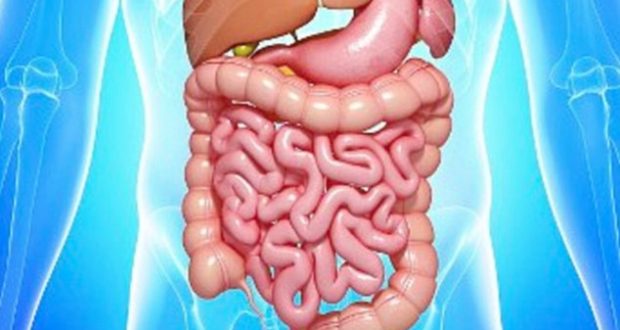 Since most of the microbes in our gut are bacteria, they tend to hog much of the microbiome research limelight. But, lurking amongst the bacteria are other microbes such as single-cell eukaryotes (SCE) and viruses, which have been largely ignored until now.

If doctors and scientists think of Blastocystis (one the most common gut SCEs) at all, they often regard it as a harmless commensal organism, peacefully co-existing with its bacterial neighbors. However, that could change with the publication of a new study from NUS Medicine (online in Microbiome on March 11, 2019), which shows that a subtype of Blastocystis isolated from Singapore can actually harm its neighbors and its home in an insidious way.

Associate professors Kevin Tan and Zhang Yongliang from the Department of Microbiology and Immunology at NUS Medicine, together with postdoctoral research associates John Yason and Chin Wen Png, demonstrated that Blastocystis subtype 7 (ST7) selectively caused the death of Bifidobacterium (one of the “good” bacteria in the body) in cell culture and in vivo.

The ST7 strain of Blastocystis appeared to induce oxidative stress mechanisms, which involve the release of reactive oxygen species (ROS). These killer molecules caused the death of the good Bifidobacterium. Interestingly, the Blastocystis ST7 organisms also reduced the population of Lactobacillus (another good bacteria) in vivo, although the mechanism of killing is still unknown.

Bifidobacterium and Lactobacillus are considered good bacteria because they maintain the integrity of the intestinal lining by supporting tight junctions, which act like cement between the cells that make up the lining. They are also commonly used as probiotics to promote gut health. Besides killing Bifidobacterium directly, Blastocystis ST7 can also gang up with E. coli in the gut to kill even more of these protectors. Ironically, Bifidobacterium and E. coli both help Blastocystis grow better. In other words, Bifidobacterium promotes the growth of its own killer.

To make matters worse, Blastocystis ST7 injures the gut lining directly as well as indirectly by triggering an inflammatory response (Figure), causing lesions (ulcers) and a disordered structure of the intestinal lining in vivo. Add to this the loss of the protective good bacteria, an infection with Blastocystis ST7 could be a recipe for long-term damage to the gut lining, possibly contributing to inflammatory bowel disease, irritable bowel syndrome, as well as gastrointestinal and colon cancers.

Part of the reason for the unclear role of Blastocystis in disease is that previous studies did not consider the Blastocystis subtype that was being investigated. Some subtypes are likely to be harmless, but this study shows that ST7 is uniquely different. Not only does ST7 have harmful effects, it is also resistant to metronidazole, the typical treatment for Blastocystis.

Like other Blastocystis subtypes, ST7 is transmitted through eating food that has been contaminated with feces from infected animals, especially birds. Although ST7 has been reported mainly in Singapore, it has also been described in Japan and at least one Danish study. Thus, this pathogenic Blastocystis subtype could be found in other ethnicities and geographic locations as it becomes more widely studied.

Tan is already developing tools to study the mechanisms by which Blastocystis cause disease in greater depth. He and his team have established a genetic modification system for Blastocystis, whereby foreign genes can be introduced into and expressed in Blastocystis and the effects of these changes can be studied. They hope to use this system to illuminate how Blastocystis interacts with its host to cause disease and to explore ways to combat the microbe.

“This is the first detailed study to show a causal link between Blastocystis, a common single cell eukaryote of the human gut, and the host microbiota. We reveal how it reduces the numbers of beneficial bacteria, which may in turn lead to an unbalanced gut microbiome and poorer gut health,” Tan said.

The detrimental effects of Blastocystis on Bifidobacterium and Lactobacillus could facilitate the development of inflammatory bowel disease and irritable bowel syndrome, in which the good bacteria play a protective role. Based on these results, clinicians could also consider whether to exclude fecal transplants that contain specific subtypes of Blastocystis during fecal microbiota transplantation.