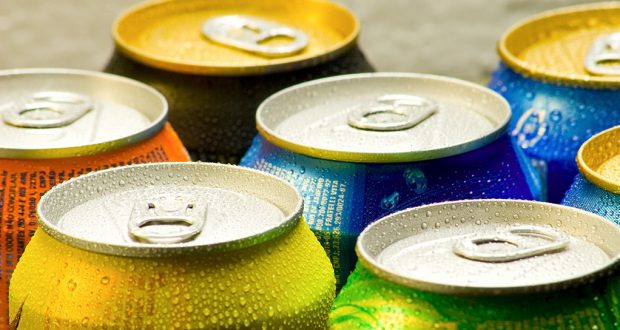 Drinking artificially sweetened beverages is associated with a significantly lower risk of colon cancer recurrence and cancer death, a team of investigators led by a Yale Cancer Center scientist has found. The study was published in PLOS ONE.

“Artificially sweetened drinks have a checkered reputation in the public because of purported health risks that have never really been documented,” said the study’s senior author, Charles S. Fuchs, MD, director of Yale Cancer Center. “Our study clearly shows they help avoid cancer recurrence and death in patients who have been treated for advanced colon cancer, and that is an exciting finding.”

Fuchs and his team of researchers found that in the 1,018-patient analysis, those participants who drank one or more 12-ounce serving of artificially sweetened beverages per day experienced a 46 percent improvement in risk of cancer recurrence or death, compared to those who didn’t drink these beverages. These “soft drinks” were defined as caffeinated colas, caffeine-free colas, and other carbonated beverages (such as diet ginger ale).

A second analysis found that about half that benefit was due to substituting an artificially sweetened beverage for a beverage sweetened with sugar.

“While the association between lower colon cancer recurrence and death was somewhat stronger than we suspected, the finding fits in with all that we know about colon cancer risk in general,” Fuchs said. “Factors such as obesity, sedentary lifestyle, a diet linked to diabetes — all of which lead to an excess energy balance — are known risk factors. We now find that, in terms of colon cancer recurrence and survival, use of artificially sweetened drinks is not a health risk, but is, in this study, a healthier choice.”

END_OF_DOCUMENT_TOKEN_TO_BE_REPLACED

The studies, which were embedded as part of the overall clinical trial, were designed to find associations between specific foods/drinks and colon cancer risk and death. They were not aiming to prove definitive cause and effects.

One study found that clinical trial participants who drank coffee had a substantially reduced risk of cancer recurrence and death. Another found a similar benefit in patients who ate tree nuts. This study looked at artificially sweetened beverages because an earlier study had concluded sweetened beverages dramatically increased risk of colon cancer development.

“We wanted to ask the question if, after cancer has developed and advanced, would a change in lifestyle — drinking artificially sweetened beverages — change the outcome of the cancer post-surgery?” Fuchs said.

He added that the health impact of such soft drinks should be studied: “Concerns that artificial sweeteners may increase the incidence of obesity, diabetes, and cancer have been raised, but studies on issues such as weight gain and diabetes have been very mixed, and, regarding cancer, epidemiologic studies in humans have not demonstrated such relationships.”

Research reported in this publication was supported in part by the National Cancer Institute of the National Institutes of Health. Additional support was provided from Pharmacia & Upjohn Company, now Pfizer Oncology, and the American Institute for Cancer Research.

Non-federal sponsors did not participate in the design and conduct of the study; collection, management, analysis, and interpretation of the data; preparation, review, or approval of the manuscript, or decision to submit the manuscript for publication.