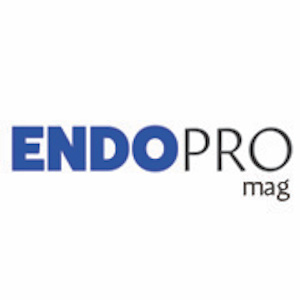 A study led by researchers at the Center for Infection and Immunity (CII) at Columbia University’s Mailman School of Public Health has identified a constellation of metabolites related to myalgic encephalomyelitis/chronic fatigue syndrome (ME/CFS). Combining this data with data from an earlier microbiome study, the researchers now report they can predict whether or not someone has the disorder with a confidence of 84 percent.

The research team analyzed blood samples provided by 50 patients with ME/CFS and 50 controls matched for sex and age who were recruited at four clinical sites across the United States. Using mass spectrometry, a laboratory technique used to identify molecules by measuring their mass, the scientists found 562 metabolites—microscopic byproducts of human and microbial processes such as sugar, fat, and protein molecules. They excluded molecules related to antidepressants and other drugs patients might be taking.

When the researchers combined biomarkers from both the microbiome study and the new metabolome study, they reported a .836 predictive score, indicating an 84 percent certainty as to the presence of ME/CFS—better than with either study alone.

“This is a strong predictive model that suggests we’re getting close to the point where we’ll have lab tests that will allow us to say with a high level of certainty who has this disorder,” says first author Dorottya Nagy-Szakal, MD, PhD, a researcher at CII.

Going forward, the researchers say their data could be used to engineer an animal model for ME/CFS to manifest the same altered metabolome and microbiome. If the animal’s behavior is similar to symptoms seen in ME/CFS patients, they would know the metabolic and microbiome are likely playing a causal role in the manifestation of the disease. An animal model would also allow researchers to test treatments. Currently, there are no approved therapies for ME/CFS.

Active in studying ME/CFS since the 1990s, CII researchers have contributed several important milestones to the study of the disease. In 2012, they ruled out connections between the retroviruses XMRV and PMLV and ME/CFS. In subsequent years, they reported the presence of cytokines and chemokines in blood and cerebrospinal fluid, and evidence of a distinct subtype of patients with IBS. In an ongoing study, the team is examining the immune response of patients to exercise.

“We’re closing in on understanding how this disease works,” says W. Ian Lipkin, MD, director of CII and the NIH Center for Solutions for ME/CFS, and the John Snow Professor of Epidemiologyat the Mailman School. “We’re getting close to the point where we can develop animal models that will allow us to test various hypotheses, as well as potential therapies. For instance, some patients might benefit from probiotics to retune their gastrointestinal microflora or drugs that activate certain neurotransmitter systems.”

Experts estimate there are between 800,000 and 2 million Americans with ME/CFS, a complex, debilitating disorder characterized by extreme fatigue after exertion and other symptoms including muscle and joint pain, cognitive dysfunction, sleep disturbance, and orthostatic intolerance. Currently, there is no diagnostic test for the disease; instead, patients are diagnosed based on a clinical examination and history and an exclusion of other disorders.

The study, published on July 3 in Scientific Reports, an open-access journal of the Nature Publishing Group, is titled “Insights into myalgic encephalomyelitis/chronic fatigue syndrome phenotypes through comprehensive metabolomics.”