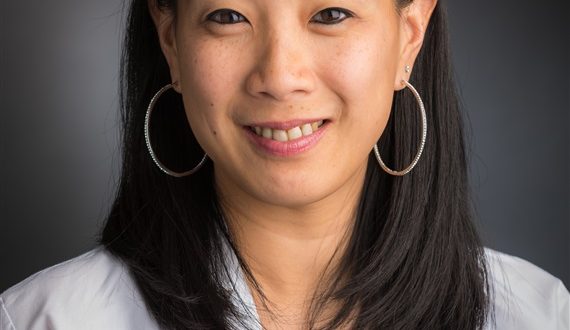 Prompted by the “very encouraging” results of the SUNSHINE clinical trial, the potential benefits of vitamin D supplementation in metastatic colorectal cancer will be evaluated in a larger clinical trial planned to open at several hundred sites across the United States later this year, said Kimmie Ng, MD, MPH, director of Clinical Research in Dana-Farber’s Gastrointestinal Cancer Center, and corresponding author of the SUNSHINE study. “To our knowledge, this study is the first completed randomized clinical trial of vitamin D supplementation for treatment of advanced or metastatic colorectal cancer,” Ng said.

In the high-dose group, patients had a median delay of 13 months before their disease worsened; in the low-dose group, the median delay was 11 months. In addition, patients in the high-dose vitamin D group were 36 percent less likely to have disease progression or death during the follow-up period of 22.9 months. The trial included too few patients to determine whether those who took high-dose vitamin D experienced improved overall survival.

“The results of our trial suggest an improved outcome for patients who received vitamin D supplementation, and we look forward to launching a larger trial to confirm these exciting and provocative findings,” said Charles Fuchs, MD, MPH, formerly of Dana-Farber as senior author of the study and now Director of Yale Cancer Center.

The initial findings were reported at the 2017 meeting of the American Society of Clinical Oncology. Those results, along with additional data, are now being published in JAMA.

The SUNSHINE trial randomized 139 patients with previously untreated metastatic colorectal cancer. One group took pills containing 4,000 international units (IU) of vitamin D per day along with standard chemotherapy, while the other group took 400 units (about the dose found in a multivitamin) along with chemotherapy.

Vitamin D, which is necessary for bone health, is made in the body through a chemical reaction dependent on sun exposure and is contained in some foods. In laboratory studies, vitamin D has demonstrated anti-cancer properties such as triggering programmed cell death, inhibiting cancer cell growth and reducing metastatic potential. Prospective observational studies have linked higher blood levels of vitamin D with a lower risk of colorectal cancer and improved survival of patients with the disease, but those studies could not prove that vitamin D was the cause.

Against this backdrop, the randomized, prospective phase 2 SUNSHINE trial recruited patients at 11 academic and community centers across the United States to test whether vitamin D supplementation can improve outcomes in patients with metastatic colorectal cancer. All patients received standard chemotherapy with a regimen called mFOLFOX6 plus bevacizumab. Patients in the high-dose vitamin D group initially took 8,000 IU a day for 14 days, then 4,000 IU a day thereafter. The low or standard-dose vitamin D group took 400 IU daily during all cycles. All patients were asked not to take any other vitamin D or calcium supplements during the trial period.

The researchers also sampled patients’ blood to measure changes in the levels of 25-hydroxyvitamin D [25(OH)D], which is a standard test to determine a person’s vitamin D status. This test showed that only 9 percent of the patients in the clinical trial had sufficient vitamin D at the beginning of treatment. Over the course of the study, patients receiving low-dose had no substantial change in their vitamin D levels, while those in the high-dose group soon reached the vitamin D-sufficient range and maintained it.

Analysis of the results showed that the benefit of high-dose vitamin D appeared to be less in patients who were obese, and those whose tumors contained a mutated KRAS gene, suggesting “that certain subsets of patients may need even higher doses of vitamin D for anti-tumor activity,” the researchers said. They cautioned, however, that high doses of vitamin D shouldn’t be taken except within the context of a clinical trial.

The study and its findings are “extremely important,” Ng said, because “it identifies a cost-effective, safe, and easily accessible agent as a potential new treatment for metastatic colorectal cancer. This could therefore potentially have a large and wide-reaching impact globally, regardless of a patient’s socioeconomic status or a country’s resources.”