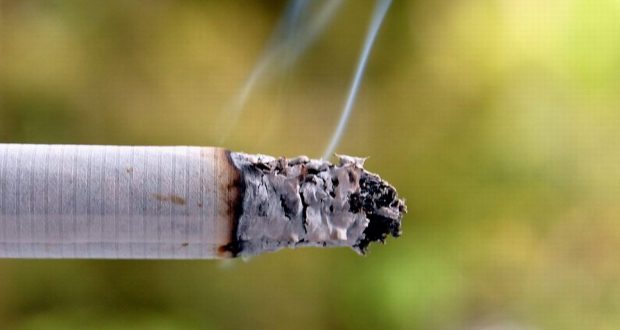 Cigarette smoke can make MRSA bacterial strains more resistant to antibiotics, new research from the University of Bath has shown.

In addition cigarette smoke exposure can make some strains of Staphylococcus aureus, a microbe present in 30 to 60 percent of the global population and responsible for many diseases, some fatal, more invasive and persistent, although the effect is not universal across all strains tested.

The researchers believe the stress cigarette smoke causes to S. aureus sparks an emergency “SOS” response, which increases the rate of mutation in microbial DNA, resulting in hardy and persistent variants better able to resist antibiotics.

Previous studies attributed smokers’ increased susceptibility to infection to the damaging effects of smoke on our immune system, but this study shows that it may also be changing the DNA and characteristics of pathogenic microbes as well.

The strains were known to cause conditions ranging from skin infections to pneumonia and endocarditis and were chosen for their clinical relevance and genetic diversity. Although not all responded to cigarette smoke in the same way some, including those known to cause invasive infections, showed increased resistance to the antibiotic rifampicin and increased invasiveness and persistence. Resistance to other antibiotics is also likely to be affected.

The study links these changes to the emergence of Small Colony Variants (SCVs), hardy sub-populations that are adapted to harsh conditions. SCVs have been linked to chronic infections in smokers in previous research.

The study is published in the journal Scientific Reports.

“We expected some effects but we didn’t anticipate smoke would affect drug-resistance to this degree. We recognize that exposure in a lab is different to inhaled smoke over a long time, but it seems reasonable to hypothesize, based on our research and others’ that stressful conditions imposed by smoking induce responses in microbial cells leading to adaptation to harsh conditions, with the net effect of increasing virulence and/or potential for infection,” said lead author Dr Maisem Laabei, from the University of Bath’s Department of Biology & Biochemistry.”

“These small colony variants are highly adhesive, invasive and persistent. They can sit around for a long time, are difficult to kick out and are linked to chronic infections. We hope that our work provides another reason for people not to smoke and for current smokers to quit.”

The scientists are now interested in studying how air pollution, from diesel exhaust fumes and other sources, might affect the microbes in our nasal passages as many of the pollution compounds are the same as in cigarette smoke.