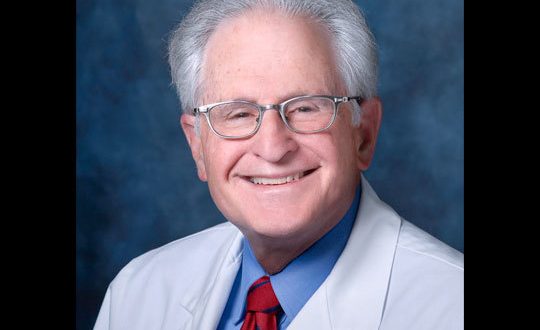 Cedars-Sinai investigators in gastroenterology have been awarded $10 million by the National Institutes of Health to conclude a groundbreaking, decades-long investigation of the genetic and immunological causes of inflammatory bowel disease (IBD).

“This is the longest IBD study of its kind funded by the NIH and the first to explore the genetic makeup of the disease,” said Stephan R. Targan, MD, director of the F. Widjaja Foundation Inflammatory Bowel and Immunobiology Research Institute at Cedars-Sinai.

“Since 1992, we’ve taken an integrative approach – bringing several areas of science together – to demonstrate that this challenging disease is in fact comprised of several forms of the disease, each with a different biology,” added Targan, the study’s principal investigator.

The interdisciplinary research has shown that inflammatory bowel disease is actually a spectrum of chronic illnesses that cause painful inflammation of the intestines. Crohn’s disease and ulcerative colitis are the commonly recognized forms of IBD. But the disease can manifest in a variety of ways that lead to the destruction of the digestive tract, causing chronic physical, psychological and emotional problems.

A more precise diagnosis enables physicians to prescribe the most effective treatments available, tailored to each patient’s particular biological makeup.

“Using molecular signatures to identify subgroups of IBD – and taking into account a patient’s disease severity and response to treatment – is all about getting the right therapy to the right patient at the right time,” said Dermot McGovern, MD, PhD, professor of Medicine and Biomedical Sciences and director of Cedars-Sinai Precision Health.

“Work from this project is making very significant contributions to helping patients around the world. These approaches to diagnosis and treatment should be available to all sections of society, and we have been working hard to achieve those goals,” said McGovern, who served as the principal investigator for the first project in the ongoing study.

David Underhill, PhD, professor of Biomedical Sciences, and the Janis and William Wetsman Family Chair in Inflammatory Bowel Disease at Cedars-Sinai, also has contributed to the study by investigating how IBD might be affected by the relationship between the immune system and the fungal communities in the digestive tract.

“Examining IBD through all these various genetic and biological lenses is pointing the way to novel therapeutic approaches that could finally bring relief and healing to many patients,” Targan said.